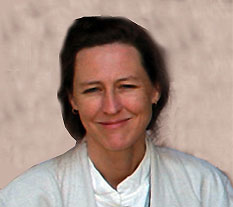 Kathryn is a disciple of and assistant to Ven. Ajahn Tong Sirimangalo and senior teacher of vipassana meditation, having studied Vipassana since 1986. Kathryn has been teaching Vipassana for over 20 years, teaching meditation in Thailand and her birthplace, Washington State, and conducting courses in North America, Hawaii, Europe, Israel and India since 1988. Kathryn is lecturer at the Mahachulalongkorn Rajavidyalaya Buddhist University in Chiangmai since 1999 and is currently Thai-English interpreter and Assistant Director and meditation teacher at the Inteational Meditation Department at the monastery in Chomtong. Since 1989 she has interpreted for Thai meditation masters, published five Thai-English Buddhist translations and appeared as guest speaker and interpreter on Thai and Mexican television and radio.